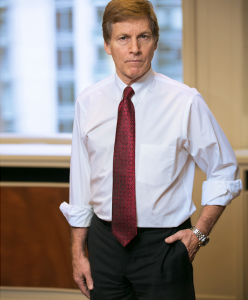 Irwin A. Michael earned his Bachelor of Commerce Degree from McGill University in 1971. He was later awarded his MBA from the Wharton School of Finance, University of Pennsylvania in 1973, and went on to earn his Chartered Financial Analyst designation in 1979.

Upon graduation from Wharton, Irwin Michael started his career at Hodgson Roberton Laing & Company, in the capacity of fixed-income portfolio manager and bond trader. He then went on to Morgan Stanley Canada Limited, primarily in the areas of fixed-income research and institutional sales. Prior to forming his own investment counsel firm, Irwin Michael was a partner at Beutel Goodman & Co., where he served as vice-president of fixed income investments and portfolio manager of The Dynamic Income Fund. He has also served as a director of The Toronto Society of Financial Analysts and is a former vice president of the Toronto Futures Exchange.

Irwin A. Michael and his firm, I.A. Michael Investment Counsel Limited have managed the ABC Funds since 1988 when the first fund was launched. Until June 1994, the firm also managed over $75 million of segregated mutual funds and pension accounts. However, at that time the firm made a key decision to focus all of its efforts on the ABC Funds, and therefore resigned all non ABC portfolios and ceased to offer segregated investment management. Consequently, the only way for investors to receive our highly focused investment counseling service is through investment in the ABC funds.